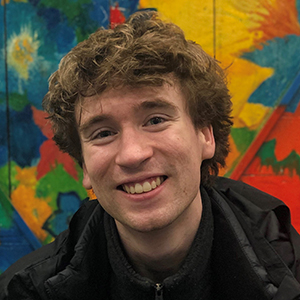 Shaun Robinson covers northwest Vermont for VTDigger, a nonprofit daily news organization dedicated to watchdog reporting. Previously, Robinson worked as a statehouse correspondent for the Cape Cod Times, and produced coverage of Newton, Massachusetts for The Boston Globe. He has interned at GBH, Boston public radio, and did a six-month co-op at The Patriot Ledger, a daily paper in Quincy, Massachusetts, where he covered hundreds of stories, from a subway derailment to an 84-day sanitation workers’ strike. When Robinson was editor-in-chief of The Daily Free Press, the student-run paper at Boston University, it won the 2019 New England College Newspaper of the Year Award. He earned a bachelor’s degree in journalism, summa cum laude, in May 2021. Robinson was born in Seattle but grew up in central New Jersey. He’s a lifelong soccer fan, and is steadily improving at solving The New York Times crossword puzzle.

Beat: Chittenden and Franklin counties including government and schools