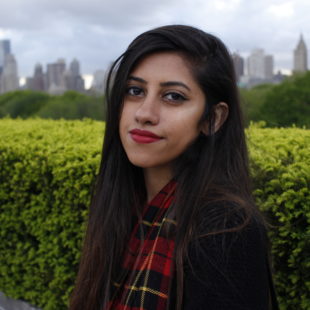 Shivani Patel reports for The Ventura Star in Camarillo, California, where she focuses on education, the disparity between expenditures and outcomes and how a 2014 state school funding law is affecting children. Patel knows the Pacific Coast. She was born and raised in Los Angeles, and she has been a staff writer, assistant editor and web editor for The Malibu Times, a hyperlocal publication based in Malibu, California. She reported on everything from breaking news to public meetings and developed a beat covering public school education. Shivani won several awards for coverage of two major 2018 events: the Malibu Creek State Park shooting and the Woolsey Fire. In 2017, she graduated with a B.S. in journalism and concentration in Spanish from Boston University. Patel has won the Foot in the Door Fellowship from the L.A. Press Club and several awards from the California News Publishers Association, among other honors.

This beat covers equity in education, with a focus on holding districts accountable for spending and student outcomes. In 2013-14, California initiated the Local Control Funding Formula, a process that dramatically altered how decisions on using school funding are made. This Reporter investigates how much of the money that school districts receive from the state is funneled into classrooms, as well as districts’ efforts to close achievement gaps. Those achievement gaps exist between traditionally underrepresented groups, including English-language learners and students from low-income families. Possible stories may report on the use of district funds, the affect of class size on learning, and how schools measure the results.