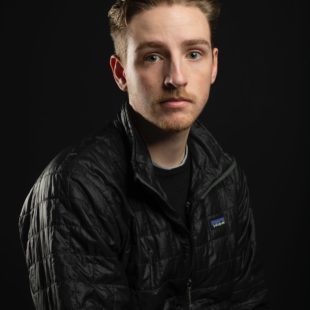 Silas Walker is a photojournalist at the Lexington Herald-Leader where he helps plug the reporting gap in rural, Eastern Kentucky through visual storytelling. Walker worked as a visual journalist during internships with the Deseret News and a prior stint with the Lexington Herald-Leader and as a student at Western Kentucky University, where he was the visuals editor for the independent student newspaper, the College Heights Herald. He also did freelance work for organizations such as Getty Images and the Los Angeles Times. Walker was named the 2019 Kentucky student photographer of the year by the Kentucky News Photographers Association and placed 7th in the news and feature category in the National Hearst Photojournalism competition. He is originally from Portland, Oregon.

This journalist will help plug the reporting gap in rural Kentucky through visual storytelling. The corps member will focus on challenges and issues in rural Kentucky through documentary-style visual (photos, video) journalism. During the lead up to the 2020 presidential election (and a US Senate race involving Mitch McConnell,) this journalist will roam Kentucky’s rural places in search of visual stories, such as changes in agriculture, demographics, the environment, the economy, politics, health care and more. At times, this visual journalist will be teamed up with a Reporter on enterprise stories involving rural issues. We expect about 75 percent of the RFA corps member’s time to primarily be devoted to enterprise story-telling, with the other 25 percent tied to breaking news and working with Reporters on daily assignments. The RFA corps member must have Reporter graphic, video and editing skills.