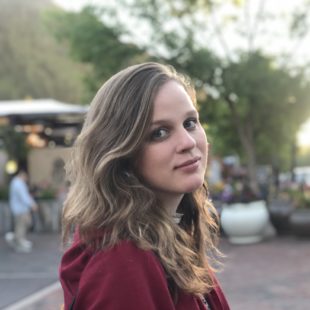 Syra Ortiz-Blanes covers Latin America and the Caribbean, and its many connections to Florida, for El Nuevo Herald in Miami. Ortiz-Blanes, a Puerto Rican journalist with a background in print and radio, covered hurricane evacuees in Philadelphia through a multimedia series she created on her own called “Las Voces de María” (The Voices of Maria), which raised thousands of dollars and secured housing for a displaced family and resources for hurricane survivors. Since then, Ortiz-Blanes has reported on Latinos in the U.S. and beyond. She graduates from the Columbia Journalism School in May 2020. During her time there, she spent a month in Puerto Rico covering gender violence in the wake of the 2020 earthquakes. Before Columbia, Ortiz-Blanes was the podcast coordinator and assistant editor for The Philadelphia Citizen, a solutions journalism media outlet. Her work has appeared in The New York Times, The Philadelphia Inquirer, Documented NY, WHYY (NPR), and others. She graduated from the University of Pennsylvania magna cum laude and was selected as a Kelly Writer’s House Junior Fellow.

Beat: Puerto Rico and the Caribbean

This Report for America Corps member’s beat is part of El Nuevo Herald’s longstanding commitment to covering Latin America and the Caribbean, and its many connections to Florida. The region is in the Herald’s backyard and is covered much like any other community in South Florida. This reporter, based in San Juan, specifically covers Puerto Rico and part of the Caribbean. Writing in Spanish and English, the reporter focuses mainly on the U.S. territory and its relationship with the mainland. The reporter covers a wide range of topics, from botched primary elections to breaking stories about storms and coronavirus to longer-crafted features on cultural, social, and political phenomena on the island. The reporter explores gender violence in Puerto Rico as an investigative sub-beat and also assists with wider regional coverage. The stories are also shared with the Puerto Rico-based Center for Investigative Journalism (Centro de Periodismo Investigativo)