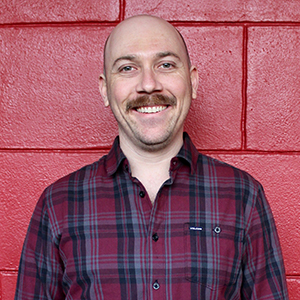 Theo Greenly is a radio reporter at KUCB, a public station in Unalaska, Alaska, where he covers the Eastern Aleutian Islands. Before joining KUCB, Greenly interned at NPR, working on long-form podcasts like “Invisibilia” and “Louder Than A Riot.” As an independent journalist, he has written about homelessness and racial inequality for the Santa Monica Daily Press, and has produced stories for several NPR-affiliated stations around the country. He helped cover the 2018 midterm elections as an intern at KCRW public radio in Santa Monica, California. Greenly loves to tell stories at “The Moth,” and you can hear him making fun of himself on an episode of “This American Life.” He holds a bachelor’s degree from the University of Colorado Boulder, where he studied creative writing, and he’s a proud graduate of the Transom Story Workshop. His hometown is Los Angeles.

This Report for America journalist will fill the news gap of regional reporting in the Eastern Aleutians. An RFA reporter placed at KUCB would research, write, and produce news and feature stories; host radio news broadcasts; and prepare stories for online distribution. Special skills would include the ability to work collaboratively with a small team, complete work on deadline with minimal supervision, and interact with the public in a professional manner.