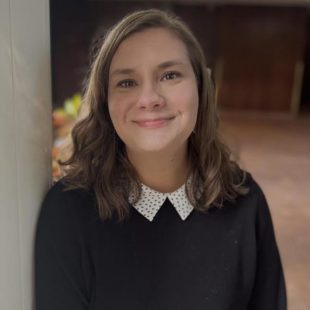 Theresa worked as the editor of the Kemmerer Gazette in rural Wyoming for two years. Her work on the Bears Ears National Monument controversy in southern Utah earned awards from the National Newspaper Association, the Associated Press of Utah-Idaho-Spokane, the Utah Press Association and the Utah Society of Professional Journalists. Her coverage of the coal mining industry in southwest Wyoming earned awards from the Wyoming Press Association. As a student at Brigham Young University, she was the deputy editor at The Universe, the student-run publication. She grew up in the Texas Hill Country.

Theresa covers the environment, specifically the use of public lands, water resources and drought. How are water shortages, dry forest conditions and other environmental factors affecting residents, and what can be done or is being done to remedy the situations? She reports to the city editor, who helps with the development of sources and story ideas, and travels within New Mexico to interview and photograph sources or conditions. Sometimes, she’s accompanied by a photographer.