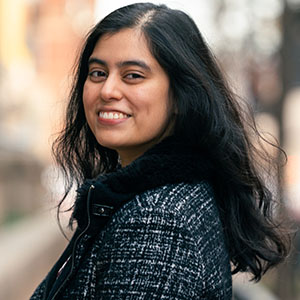 Trisha Ahmed is a Statehouse reporter in Minnesota for The Associated Press. Ahmed recently completed her master’s degree in journalism at the University of Maryland, where she also worked as an investigative and data reporter at the Howard Center for Investigative Journalism. She was part of a team that won an award from Investigative Reporters & Editors, along with the Innovator of the Year Award from the News Leaders Association, for uncovering how newspapers contributed to racial terror lynchings in the United States. Ahmed has worked at CNN as a digital production assistant, and before that, she was a field interviewer for poverty and inequality research labs in Maryland and California. She holds a bachelor’s degree in sociology and social policy from Johns Hopkins University.