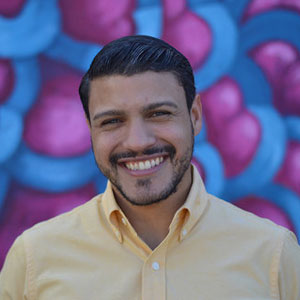 Victor has been a journalism professor and freelance reporter in Puerto Rico. He started his career at the Metro Puerto Rico, where he covered business, the economy and entrepreneurship. When he joined Universidad Ana G. Méndez & Universidad del Sagrado Corazón as a professor—teaching journalism, communication theory, and multimedia production—he also took over as acting director of Diálogo UPR, the official newspaper of the University of Puerto Rico. In this role, he coordinated and supervised editorial projects and was responsible for increasing audience across digital platforms. More recently, he has worked as a freelance investigative reporter for Centro de Periodismo Investigativo de Puerto Rico. Victor earned a B.A. in journalism and M.A. in communications from the University of Puerto Rico.

Victor is a financial and government watchdog reporter focusing on data journalism. His focus includes oversight of the Fiscal Control Board and the bankruptcy processes; federal recovery money from Hurricane Maria and how it’s being spent; and the performance of federal agencies working in Puerto Rico, including the EPA, HUD, DOE, FEMA, DHHS and CDC, among others. Puerto Rico, bankrupted with over $73 billion in debt, has been struggling to move forward amidst austerity measures. How are these decisions being made? What is the new hierarchy, and who are the players? What are their interests, connections, views and backgrounds? Additionally, billions of dollars in federal recovery money has been assigned to Hurricane Maria recovery efforts, but only 10 percent is going to local companies — the rest is going to U.S. businesses. Why is this happening? Who is making those decisions, and how will this affect the economy?