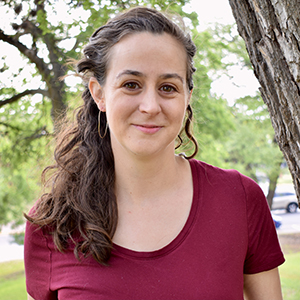 Victoria Rossi covers the status of women in El Paso, Texas for El Paso Matters, a nonprofit investigative news outlet. Previously, she worked as a research fellow for a UCLA School of Law data project, where she investigated state prisons thought to be undercounting COVID-19 deaths. Rossi spent the summer of 2019 in El Paso documenting conditions among asylum seekers returned to Ciudad Juárez, Mexico under the U.S. government’s Migrant Protection Protocols. Originally from Houston, Rossi has covered education and health at the Napa Valley Register, earning her two awards from the California Newspaper Publishers Association, and has reported in Latin America and South Asia. She holds a master’s degree from the Columbia University Graduate School of Journalism, and a master’s in public policy from The University of Texas at Austin.

El Paso struggles with the related issues of high poverty, low educational attainment and low civic engagement. The quickest way to impact these areas is by addressing the status of women, who continue to earn far less than men. This Spanish-speaking multimedia reporter examines not only economics and education but also health, the arts, politics and issues of diversity, equity and inclusion.