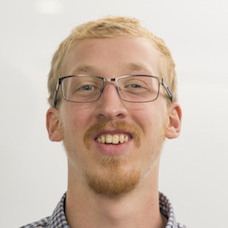 Will Wright covered the environment and government accountability during internships at the Sacramento Bee, the Lexington Herald-Leader and the Kentucky Center for Investigative Reporting. He was editor-in-chief of University of Kentucky’s independent student newspaper, the Kentucky Kernel. After graduating from University of Kentucky in December 2016, Wright completed a thru-hike of the Appalachian Trail. He grew up in Eighty Four, PA, a small town outside Pittsburgh. Since joining RFA as a Galloway Fellow, Will has been awarded the McClatchy President’s Award for Journalism Excellence and a First Place Kentucky Press Association Award for his ongoing coverage of water in Eastern Kentucky and holding public agencies accountable.

Wright has reopened the Lexington Herald Leader’s Pike County Bureau in Kentucky. He already put a spotlight on Kentucky’s “worst water district” where some residents went without water for weeks. The district’s business manager retired shortly after publication, and the state committed $3.4 million to fix water issues in eastern Kentucky. Will also collaborated with veteran reporter Bill Estep to break a story about $3 million in back taxes owed by Kentucky-based coal companies linked to West Virginia Gov. Jim Justice. Will continues this work in his second year as a Report for America corps member.