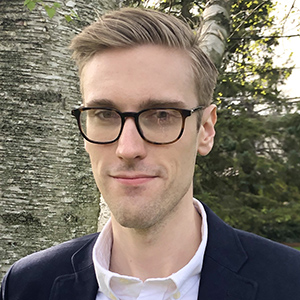 William T. Perkins is a data reporter for the Traverse City Record-Eagle in Michigan. Previously, he was a reporter at the Petoskey News-Review in northern Michigan, covering local government and environmental issues, including concerns surrounding the Enbridge Line 5 pipeline in the Great Lakes. A native of metro Detroit, Perkins holds a bachelor’s degree from Ohio University’s E.W. Scripps School of Journalism, where he was a news editor at The Post, the student paper, and a Scripps Statehouse news bureau fellow reporting on state government for The Columbus Dispatch.

Beat: Using data to tell stories of local and state issues and trends

There is a hunger in our region for thoroughly-reported, meaningful analysis of the numbers behind assumptions and trends. This strong data reporter helps fill that gap, complementing our already strong enterprise and watchdog reporting. This beat dives deep into local and state data sets, either reporting or co-reporting enterprise projects alongside our beat reporters. This reporter is an integral part of our process, both as an independent reporter and as a member of project reporting teams.