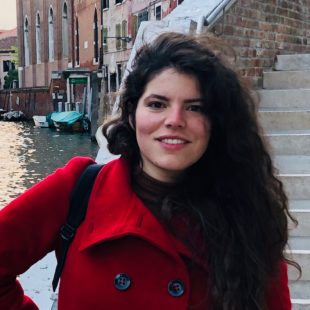 Yadira is a former reporter for the Sarasota Herald-Tribune in Florida, where she covered education, politics and breaking news. During this time, she was an IRE CAR Bootcamp Diversity Fellow and a Poynter video journalism workshop scholarship recipient. She also worked as an instructor at New College of Florida, where she taught newspaper writing and production. Since 2017 she has been working as an English language assistant in two small towns in the north of France. She was also an editor at the Catalyst, New College of Florida’s student paper. Born in Santa Clara, Cuba, she grew up in Miami, FL.

Yadira primarily focuses on Latino issues in the region. Approximately 30 percent of Malheur County residents are Latino, and many are employed in agriculture. This population is poorly represented among community institutions such as school boards, city councils and Chambers of Commerce. She is responsible for giving voice to Latino concerns and successes and to inform the broader community and determining ways to make local news accessible. Additionally, Yadira collaborates with media partners in the region, particularly daily newspapers in Idaho, to tell more substantive stories with impact that ordinarily would be beyond the reach of a rural weekly newspaper.