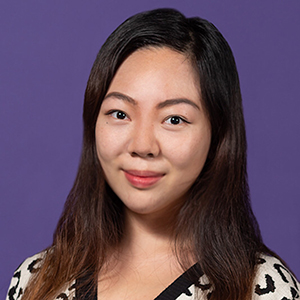 Yilun Cheng reports for The Columbus Dispatch, examining the challenges facing central Ohio’s growing immigrant and refugee communities. Before joining The Dispatch, Cheng wrote for Slate, the Chicago Reader, South Side Weekly and Borderless Magazine about immigration and racial equity topics, including law enforcement’s anti-immigrant policies, Chicago’s housing crisis in Chinatown, racial disparity in Illinois’ vaccine rollout and COVID-19’s impact on Latino immigrants. Cheng grew up in Tianjin, China. Having studied political science as an undergrad at the University of California, Berkeley and as a grad student at Columbia University, she is attentive to the complex and nuanced ways that national policies impact the lives of local residents. During her graduate studies at the Medill School of Journalism at Northwestern University, Cheng worked with Pulitzer Prize-winning reporter Debbie Cenziper of The Washington Post on two projects focusing on immigration.

Beat: Bhutanese and other immigrant communities in central Ohio

This reporter covers growing immigrant communities, including rapidly expanding communities of Somali and Bhutanese-Nepali individuals – most of them refugees – as well as others from Eritrea. This reporter examines how the refugees are working to integrate into a new society, reporting both for these communities and to them.