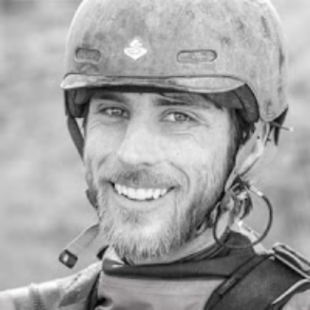 Zak is a journalist and film producer who has covered rural Utah politics, public lands and conservation issues for Outside Online, Sierra, Four Corners Free Press, Canoe & Kayak and the Huffington Post. In early 2019, he revived a local newspaper in southeast Utah, the Canyon Echo, which he edits. His writing has received awards from the Society of Professional Journalists’ Colorado chapter and Folio magazine. Zak has worked as a river ranger in Bears Ears National Monument in Utah. He has an M.F.A. in environmental nonfiction writing, and has written a book, “Confluence: Navigating the Personal and Political On Rivers of the New West.” Zak has lived in Utah’s San Juan County since 2015.

Zak covers change and conflict in San Juan County, reporting on its institutions, residents, economy and values. San Juan County is at the heart of the public lands power struggle between federal, local and tribal interests. In 2017, the county’s elected leaders wholeheartedly supported President Trump’s shrinkage of two national monuments, but intertribal supporters and environmentalists condemned the executive action. That same year, a federal court ruled the county was in violation of the Voting Rights Act and ordered new boundaries be drawn for its County Commission and board of education districts. The redistricting led to the election of the first majority-Navajo commission in county history despite the fact that over half of the county’s population is Native American. The new commissioners have moved quickly to voice their support for restoring and expanding Bears Ears National Monument.