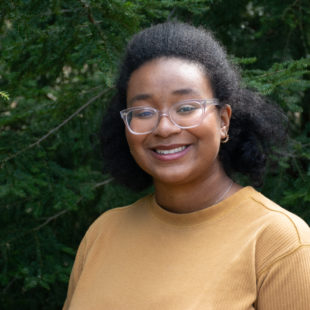 Zoë Jackson reports for the StarTribune in Minnesota where she focuses on younger voters and politics. Prior to this she was the metro reporting intern at the StarTribune, where she covered a range of issues including suburban politics. She covered water crisis recovery as an intern at The Flint Journal in Flint, Michigan, and has reported stories for Kalamazoo, Michigan  NPR affiliate WMUK 102.1. She was the news editor of the Western Herald, the student-run newspaper at Western Michigan University. Her work as a student journalist has been honored by the National Association of Black Journalists and the Detroit chapter of the Society for Professional Journalists.

Zoë is based in the Twin Cities newsroom, working on the State Desk but also in collaboration with the Politics Team to identify and focus potential stories or projects involving younger voters. She is deployed among high school students, the many colleges and universities based here and in the refugee and ethnic communities, digging for insight into the concerns of those communities and how that will be manifested in voter activity. Post-election, Zoë mines for reaction and satisfaction level among young voters. Her position requires some driving to communities and schools out in the state.