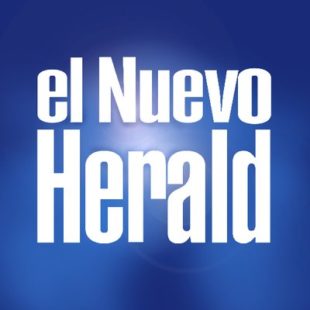 El Nuevo Herald is the second largest Spanish-language news outlet in the United States, covering local, national and international news for more than three decades, striving to be the most credible and dynamic source of news and information by producing journalism that makes a difference. El Nuevo Herald publishes in Spanish but also is routinely published in English in the Miami Herald. El Nuevo Herald shares a newsroom with the Miami Herald and they collaborate on a daily basis. Occasionally, the newspaper also collaborates with WLRN, an NPR affiliate that operates out of our newsroom. The newspaper’s coverage area extends well beyond the local community, reaching an audience of more than 357,000 in print and 3.9 million online. El Nuevo Herald’s digital readers stretch across South Florida, the Caribbean and Latin America.

Beat: Puerto Rico and the Caribbean

This Report for America Corps member’s beat is part of El Nuevo Herald’s longstanding commitment to covering Latin America and the Caribbean, and its many connections to Florida. The region is in the Herald’s backyard and is covered much like any other community in South Florida. This reporter, based in San Juan, specifically covers Puerto Rico and part of the Caribbean. Writing in Spanish and English, the reporter focuses mainly on the U.S. territory and its relationship with the mainland. The reporter covers a wide range of topics, from botched primary elections to breaking stories about storms and coronavirus to longer-crafted features on cultural, social, and political phenomena on the island. The reporter explores gender violence in Puerto Rico as an investigative sub-beat and also assists with wider regional coverage. The stories are also shared with the Puerto Rico-based Center for Investigative Journalism (Centro de Periodismo Investigativo)