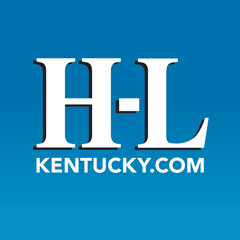 The Pulitzer Prize-winning Lexington Herald-Leader and its website Kentucky.com are committed to being Central and Eastern Kentucky’s primary source of news and commentary with the highest standards of journalism. Owned by McClatchy since 2006, the Herald-Leader endeavors to be a rewarding and caring employer and a force for positive change in the community. The newsroom’s 44 journalists focus on breaking news that holds leaders or institutions accountable, makes a concrete difference in the community and tells readers how something will directly impact their lives.

This Report for America corps member focuses on the region’s health problems, exposes flaws in Kentucky’s social services programs, gives voice to people struggling to care for themselves and their loved ones and offers potential solutions to problems that have plagued the area for a century. In particular, this reporter serves as a watchdog of the Kentucky Cabinet for Health and Family Services, a government agency that wields enormous power over Kentucky’s most vulnerable citizens with frighteningly little scrutiny and transparency.

This person is based in Lexington, but spends extensive time in our Capitol bureau, especially during legislative sessions, and reports from communities in Eastern Kentucky. The reporter produces a mix of daily, enterprise and investigative stories that engage a digital audience with words and visuals, including video. The reporter is directed by the newspaper’s deputy editor for accountability and engagement, who has overseen numerous award-winning projects and guides the paper’s coverage of state government and Appalachian Kentucky. A member of the newspaper’s accountability reporting team mentors and works closely with the Report for America corps member.