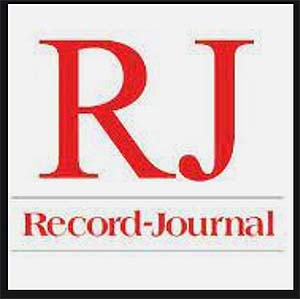 The Record-Journal is a local print and digital daily newspaper based in Meriden, Connecticut, covering local news, sports and community news in the Central Connecticut area. Dating back to the years immediately following the American Civil War, it is owned by the Record-Journal Publishing Company, a family-owned business entity that also owns Westerly, Rhode Island’s The Westerly Sun. Our Mission: To be the primary catalyst that motivates people to contribute to the intellectual, civic and economic vitality of our communities.

The health equity beat highlights and examines disparate access and outcomes in health care with a solutions-oriented approach, reaching underserved audiences, especially communities of color, with critical health news and information, while monitoring the impact of official decision-making and policies. This reporter works with our news team and in collaboration with our Record-Journal Latino Communities Reporting Lab.
Thirteen percent of Meriden residents had no health insurance according to 2020 census data, with Black and especially Latino residents far more likely to be affected. Latino residents statewide were nearly five times less likely to be insured compared to white residents and half as likely to be insured compared to Blacks. Nearly twice as many Black women in Meriden received late or no prenatal care. The census data also shows Black and Latino residents in New Haven county have higher incidences of heart disease, asthma and diabetes. People of color in Meriden were also more likely to report mental health issues like depression or anxiety.