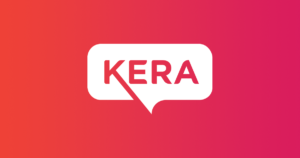 One of our 2019 host newsrooms is a brand-new public radio collaborative that’s poised to be a prototype for a new way of organizing local news coverage. Texas News Hub is NPR’s first regional journalism hub, bringing together KUT, KERA, Texas Public Radio and Houston Public Radio. We’re proud to have corps member Mallory Falk working as a reporter in the collaboration to cover immigration issues and other stories from El Paso, Texas. For this month’s Host Newsroom Q&A, we posed a few questions about this exciting project and the future of radio to Rick Holter, vice president of news at KERA News, which is the lead station for the project.

1) What is the main mission of Texas News Hub? Tell us a little bit about the team of reporters working in the collaboration and the kind of stories that they’ll be covering.

The Texas news hub is the prototype for what ultimately could be roughly a dozen regional news hubs across the country. The goal is to transform the system by organizing news coverage and channeling it through local stations, to regional or statewide outlets, and to national networks and programs – and to do it on a rock-solid foundation of sustainability. We aim to expand live statewide newscasts across the broadcast day and create a virtual statewide digital news desk. That will allow us to respond more efficiently to breaking news situations, eliminate duplication, and break stories with more impact and depth. 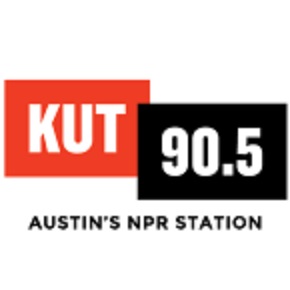 Our focus, at first, is to hire mostly editors and producers for the Hub, using reporters who are already at public radio stations across Texas to produce content for all of our radio and digital platforms. We already have a statewide newsmagazine (Texas Standard, produced out of KUT in Austin), a statewide conversation program (Think, produced out of KERA in North Texas) and three taped newscasts a day (two in the morning and one at midday). When we launch Sept. 3, we’ll make all the newscasts live and add three more — so we’ll have two in morning drive, one in midmorning, one at midday and two in afternoon drive. One of our primary targets is what’s being called “news deserts” — parts of the country (in our case the state) that might have great stories but don’t have enough journalists to tell those stories, to the region and to the nation. That’s where Report for America comes in.

2)  How did the concept for a public radio collaboration develop and how can it improve coverage? 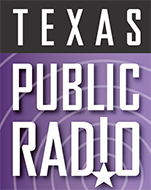 This all started five years ago with the launch of the statewide newsmagazine Texas Standard, produced out of KUT in Austin and co-produced by KERA in North Texas, Houston Public Media and Texas Public Radio in San Antonio. We worked with the Corporation for Public Broadcasting to make that collaboration bigger and more permanent as the Texas Station Collaborative, with a Statewide Coordinating Editor (based at KERA) and a Statewide Newscaster (based at KUT). NPR recognized the success of the TSC, and reached out to the Texas stations to take that collaboration to the next level as the prototype for its collaborative journalism network.

The existing collaboration is already making a big difference in coverage; probably the best example is how the Texas stations responded to last summer’s “zero tolerance” policy of family separation at the border. That effort — which included almost a dozen different stories from El Paso to Marfa to Austin to Houston to San Antonio, plus a joint special KERA produced with KQED in San Francisco — will receive a Public Radio News Directors Inc. (PRNDI) award on June 15 for collaborative coverage.

2)  Pew Research Center recently concluded that the terrestrial radio audience remains “steady and high.”  How can radio be an effective tool for delivering local news and engaging community audiences compared to print or digital outlets?

Here’s one thing: Radio IS a digital outlet – streaming, podcasts and on-demand delivery like NPR One and Alexa are natural extensions of basic broadcast radio, just sliced and diced and produced differently.

Here’s the other thing: Public radio is a business model that works. That’s been proved in market after market. A key question: Can it work at scale? And can it work at a scale that can make public radio the primary news source for a significant number of people? That’s the question we’re trying to answer with the Hub project, and the U.S.-Mexico border is in some ways a testing ground.

4) What do you see as the biggest challenges and opportunities facing local news radio in the digital era?

First, I don’t think you can lump “local news radio” into one bucket. There’s a big difference between commercial news radio and public radio. The goals are very different, and right now, the results are, too — both editorially and financially. Public radio is an ecosystem: Local can’t work without national, and vice versa. 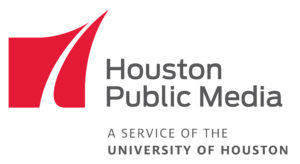 The interesting thing we’ve discovered in Texas, that we didn’t expect, is that when you give listeners clearly defining statewide coverage, they’ll embrace that as “local” – they don’t really slot things into separate local, regional, national and international buckets – because they get it all on their local station (or NPR One, or Alexa, or the station website).

The other challenge is small public radio stations are really small – and often a newsroom will have just one or two people. And it’s tough to keep a station like that going. The hope for something like the Texas News Hub is we can support that station, especially with editing and on digital platforms, so it can really focus on the reporting instead of having to hire editing or digital producing help.

Host Newsroom Q&As are part of Report Local, a monthly newsletter from Report for America that highlights the work of RFA corps members and significant local journalism from around the country. Sign up here.