The kids are alright

The pair left daily newspaper jobs in 2019 and bought a 1,500-circ weekly in rural Ouray, Colo. — The Ouray County Plaindealer.

They are the only two full-timers on staff due to their budget, so joining Report for America as a 2020-2021 host newsroom was vital for growth. Their Report for America corps member will report on affordable housing in Ouray County starting June.

Below, Erin and Mike share the heartfelt story of their very special donors — a local third-grade class.

The kids are alright

What were you doing in third grade?

Mike was among the denizens of Dartmouth Elementary School in Aurora dutifully learning multiplication tables and sentence diagramming, while longing to play outside with his friends and wondering when the next class party at the roller rink might be.

Erin was living in a double-wide trailer in a field north of Fruita, riding the bus to Shelledy Elementary School, reading her way through the Little House on the Prairie books and begging her parents to let her join 4-H.

We weren’t thinking of how we could make the world a little better. We were too consumed by our own little worlds.

That’s why we were a little surprised when Kasey Chertack’s third-grade class decided to take on a local cause to donate their Read-a-Thon earnings. The class of 2029 has been learning about the freedom of the press, a concept some adults have yet to grasp.

With every page they read during the month of February, they collected donations toward this cause. Did they use it for a pizza party or a day at the pool? Nope.

Instead, the students became philanthropists. Mikayla raised $100 by reading 60 books in a month. Sadie called her grandmother every night and read to her, and earned $50. Addison read three chapter books and donated money her mom gave her and contributed from her own allowance.

We’ll let them tell you what they did with the more than $400 they raised:

“Third grade decided to help raise money for the Plaindealer, our newspaper, and the Report for America Project,” the class report read.

As we have said since we purchased the Plaindealer nearly a year ago, we may own the Plaindealer, but it is not ours. It belongs to you, the community. We’re just the latest in a long line of caretakers.

The third graders not only value their community newspaper, they also appreciate we’re trying to shine a light and do a better job writing about an important issue in the community with Report for America. The reporter we’re bringing here in June will be assigned to cover affordable housing and related socioeconomic issues. The Plaindealer is the smallest newspaper chosen to receive one of 250 journalists placed across the nation in 2020, and this person will be dedicated to covering this issue in our community.

Even in third grade, these kids aren’t immune to the effects of the affordable housing issue.

Some have stories about how they had to move suddenly because the house they lived in was sold. Others have a long commute to Montrose, but have continued to attend Ouray School and their families are dedicated to keeping them in that learning environment.

They have stories about friends who had to move away because their parents couldn’t afford to live and work in Ouray anymore.

They know this story is important. They’re already a part of it.

We can’t wait to tell it.

The donation from Miss Kasey’s class brings our total amount raised at just over $5,000. We’ve had more than 75 individuals contribute, either in response to the letter we included in the paper at the end of 2019 or online, through the link on ouraynews.com. All the contributions are tax-deductible.

Our goal is to raise $10,000 by the time the reporter begins work, as it’s a matching grant from Report for America and we need to have our part raised from the community by that time. Another $10,000 raised will be our goal over the course of the next year, and we hope to be able to obtain grants from foundations who see the grassroots support we’ve earned by then.

We appreciate any and all donations. Thank you for being part of your community newspaper. 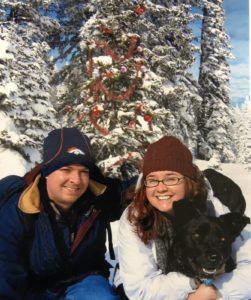