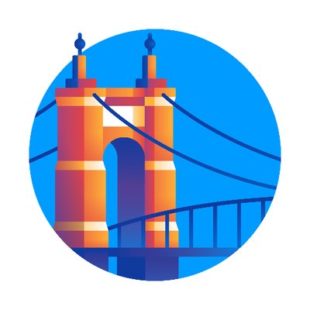 Founded in 1841, The Enquirer publishes primarily via the Cincinnati.com website, the Cincinnati.com app and a daily newspaper. Winner of the 2018 Pulitzer Prize for local reporting, The Enquirer is part of the Gannett-owned USA Today network. The local news site covers seven counties in the Greater Cincinnati region, maintains a two-person bureau in the statehouse bureau and serves as a primary source for investigative and watchdog journalism in the region.

Beat: Coverage of Butler and Warren and Clermont counties

Cincinnati's Ohio suburban counties of Butler, Warren and Clermont have seen a drastic reduction in media presence. As recently as 10 years go the Enquirer operated a 7-person bureau with reporters covering schools, county and local governments, crime and courts, and breaking news. For the last year, the Enquirer has not had a reporter covering those counties. In Warren County's seat of Lebanon, the local Western Star newspaper folded in 2013 after more than 200 years. Clermont County has a small weekly. Butler County has several Cox-owned news sites, but there's little coverage of southern Butler County, home to Ohio's largest school district and growing suburbs like West Chester. There's virtually no watchdog coverage of county governments serving 824,000 people, and no one making sure justice is served in the court system.