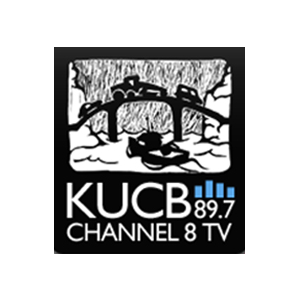 KUCB is a public radio and television station in Unalaska, Alaska. We are owned and operated by Unalaska Community Broadcasting, a non-profit formed in 1985 with the mission to inform, educate, entertain, and engage by providing news and arts and culture programming. Our signal serves a community of about 5,000 people. Our stories, however, have a much broader reach: We’re surrounded by some of the most productive fishing grounds in the country, and we’re in the middle of an international shipping corridor. Our station is located in the Aleutian Islands, the ancestral territories of the Unangax Peoples, who have lived in this region more than 9,000 years. Our newsroom is staffed with two local reporters, and they cover stories from all over our thousand-mile region.

This Report for America journalist will fill the news gap of regional reporting in the Eastern Aleutians. An RFA reporter placed at KUCB would research, write, and produce news and feature stories; host radio news broadcasts; and prepare stories for online distribution. Special skills would include the ability to work collaboratively with a small team, complete work on deadline with minimal supervision, and interact with the public in a professional manner.