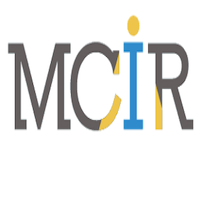 About the News Organization: The Mississippi Center for Investigative Reporting, established in 2018, is a nonprofit statewide news organization that seeks to empower citizens in their communities by holding public officials accountable. MCIR reports on issues including education, the criminal justice system, gun violence, prisons and public corruption. The center seeks to aid news organizations throughout the state struggling from staff reductions by offering hard-hitting and in-depth investigative reporting on stories that affect their communities and to work with other news organizations and nonprofits to bolster that coverage.

Closed Position: Mississippi has legislation that allows the state to operate under sanctioned secrecy, blocking public scrutiny and accountability. In 2019, for example, during a closed conference committee, $2 million in private-school vouchers were added to a bill after lawmakers had gone on record opposing such funding. The RFA corps member explores the multiple ways the Mississippi government lacks transparency through laws, policies and subterfuge. This exploration requires extensive review of laws that have blocked public access, how those laws came about and their practical applications. The corps member also investigates what some agencies and other Mississippi entities have put in place to thwart the state’s open-records law.