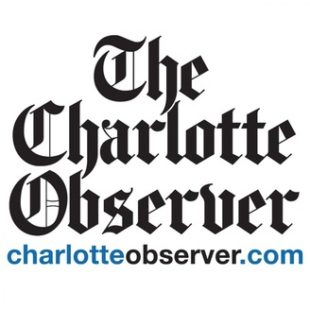 The Charlotte Observer is a 132-year-old news organization intensely focused on accountability reporting in south-central North Carolina region and on statewide issues that affect readers from the coast to the mountains. The Charlotte Observer works closely with sister McClatchy papers in the Carolinas to identify and report with impact on the ways that government decisions – or lack of decisions – impact the lives of North Carolinians. As the largest newspaper in the state, The Charlotte Observer frequently challenges denial or closure of public records and seeks relationships with other media organizations to press for disclosure of public information and transparency of government actions. The news organization’s coverage is heavily tilted toward Charlotte and Mecklenburg County, with a focus on watchdog reporting, open records and meetings, deeper storytelling and enterprise writing.

Beat: Status of poor and minority communities in a prosperous city

Position: This reporter covers a beat focused on communities and issues that are underrepresented in news coverage, but also in public discussion and policy. These diverse communities broadly include the poor and those falling behind in the city’s economic gap, and the impact on housing, education, employment and other areas of inequities that arise from economic disparity. It includes reporting on immigrant communities and how policy decisions locally and nationally are impacting immigrants and their families. It includes reporting on rights and equality for those in our community who identify as LGBTQ. Emphasis is on how policies, or lack of policies and protections, impact the poor or minority communities in a prosperous city that is leaving many behind.