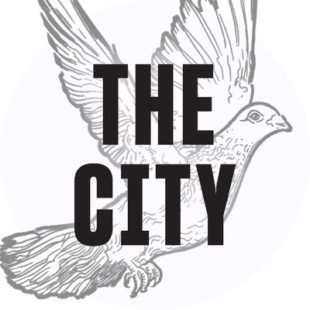 The City is a nonprofit New York digital news outlet dedicated to accountability reporting that serves a wide cross-section of New Yorkers. The push for the site, set to debut in early 2019, came in response to the stark reduction in strong local news sources. The effort, funded so far by major foundations and civic-minded individuals, is led by Editor in Chief Jere Hester, a former NY Daily News city editor, and Executive Director Kai Falkenberg, former First Deputy Commissioner of the NYC Mayor’s Office of Media and Entertainment and a past Forbes newsroom lawyer. The site will be featured on New York magazine’s homepage, and the outlet’s audience-building efforts range from social media outreach to neighborhood-based town hall-style events. Our goal is to break news — and get action — through beat and investigative reporting focused on Albany, City Hall and the city’s five boroughs.

Beat: Juvenile justice and the courts in the Bronx

The Report for America corps member covers justice issues, starting with juvenile justice in the Bronx. The South Bronx, the poorest congressional district in the country, is home to Horizon Juvenile Center, which houses nearly one-quarter of the 700 16-and-17-year-olds incarcerated on any given day in the city. The center made headlines recently amid outbreaks of violence. The neighborhood, in the shadow of Yankee Stadium, is also home to Bronx Criminal Court, which no longer has any reporters assigned full-time to the press room. The verdict’s out on the borough’s nearly year-old innovative drug court, which stresses treatment over incarceration as the opioid addiction crisis mounts. The South Bronx, meanwhile, has been designated as the site of one of the local lockups slated to replace Rikers Island, much to the ire of many area residents. Overall, the Bronx is about 85 percent black or Hispanic, roughly mirroring the demographics of Rikers. The reporter, combining data and in-person reporting, explores the human toll and political scope of justice-related issues.