Samantha Max is a Report for America corps member who covers health care and underserved communities in and around Macon, Georgia, for The Telegraph. Her work provides intimate portraits of people who struggle with issues around insurance and homelessness, and she covers issues surrounding resources and providers. Many of her stories come from readers who reach out with tips. Max answered a few questions about her work as a local journalist for the latest edition of the Report Local newsletter.

1) Why did you decide to become a Report for America corps member?

Last spring, as a senior in college, I applied to 75 (yes, 75) newsrooms across the country, hoping to find a place where I could learn and grow as a journalist, but also where I knew I’d have the chance to tell stories that might not be shared otherwise. As local newsrooms shrink and shutter across the country, communities are losing a vital source of information. I wanted to be part of a movement that valued the role local reporters play in our democracy and that was dedicated to finding creative solutions to save this struggling industry. I’m so grateful to be part of this program, and I’m inspired every day by my fellow corps members doing amazing work in their communities.

2) Much of your work for The Telegraph focuses on health disparities and underserved communities — what issues have stood out or surprised you in the course of your reporting?

A central theme that’s woven through a lot of my reporting is the issue of access. Outside of the Metro Atlanta area, there’s a dearth of health care providers – especially mental health professionals. Georgia also has the fourth-highest uninsured rate in the country, and many patients rely on emergency rooms for even the most basic care. In Macon, transportation also plays a major role in health outcomes. Food deserts have emerged in large swaths of the city where many residents don’t have cars, and budget cuts have also threatened local programs that provide meals to those who are food insecure. There just doesn’t seem to be enough money to go around, or enough people who want to live outside of major cities, to provide services to some of Georgia’s most vulnerable populations.

3) Your health reporting includes talking to residents about their personal medical and family history. What is your approach for interviews on these topics and getting sources to feel comfortable sharing these details publicly?

The word at the heart of everything I do is empathy. As a reporter, I see it as my job empathize with every person I interview, to try to see the world through their eyes. Then, I work hard to craft a story that will help my readers better understand that person’s experience.

It’s funny, because, on a personal level, I’m extremely introverted and dread small talk. But when I put my journalist hat on, I can skip past the awkward, surface-level conversations and dive straight into the meaty stuff. It’s almost like an accelerated intimacy, where you sit down with a complete stranger and suddenly they’re telling you things they’ve never told anyone else before. I think the key is to spend much more time listening than talking, and to let your sources know that you truly care about what they have to say, and think your readers will, too.

4) This year you’re working on the “Building Blocks from Blight” series highlighting various areas of Bibb County where residents are stepping up to reduce blight in their communities. What was the genesis of this series, and what impact do you hope this work will have?

When I moved to Bibb County, I was struck by the amount of vacant, run-down properties in so many neighborhoods. There are nearly 4,000 unoccupied structures in a county of just 152,000 people, and many of those structures are concentrated in Bibb County’s poorest and most underserved neighborhoods. Our local government has spent the past four years doubling down on the problem, with help from $14 million in bonds dedicated to blight remediation. But that funding is about to run out. I wanted to check in on some of the communities that have received an infusion of funding in recent years and hear from residents about how they’ve seen their neighborhoods change over the years.

My hope was to focus on the history of these places, before they started to decay, and the hardworking residents who are doing everything they can to return these neighborhoods to their past glory. With issues like blight, it’s easy to highlight the negatives. And it’s certainly important to hold accountable the institutions and leaders who have the power to invest more resources in struggling neighborhoods. But I think it’s also important to feature the efforts of those making a difference in their communities, often behind the scenes.

5)  What’s your favorite part about being a local journalist? Are there any specific encounters or stories that stand out to you as examples of how you knew your presence and coverage was making a difference?

My favorite part of being a local journalist is the relationships I’ve built with sources and readers. I moved to Macon site unseen, not knowing a single soul. But 10 months later, I can’t even count how many people I’ve met through my work. All of the emails, phone calls and shoutouts I receive around town thanking me for the work I do help me remember just how important in-depth, thoughtful reporting is in a small community often overlooked by the national media.

Unfortunately, I’ve seen the staff cuts affecting so many local outlets play out in my own newsroom. On February 28, three of my colleagues left as part of our parent company’s latest round of early retirement buyouts. When I left work that day, I wanted to curl into a ball and cry. But instead, I camped out with about 100 other Middle Georgia residents to fundraise for our local homeless center. Then I spent the next day piecing together two stories and a video providing an inside look into the event and highlighting the stories of several of the center’s homeless clients. I don’t there’s any other way I would have rather spent that night. It was just the assurance I needed to remember why I chose to be a local reporter. 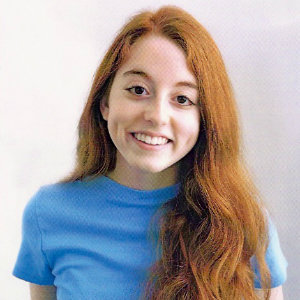 Samantha Max was an investigative reporting intern for the Medill Justice Project and a bilingual multimedia news intern at Hoy, Chicago Tribune’s Spanish-language daily. She returned to her hometown of Baltimore in 2015 and again in 2016 to work as a newsroom intern for NPR-affiliate WYPR. She has written on immigration and the criminal justice system.

She has joined the Telegraph in Macon, Georgia, where she works with local residents to select issues of significant public interest in a unique partnership with the News Co/Lab of the Cronkite School of Journalism at Arizona State University. Check out her work.