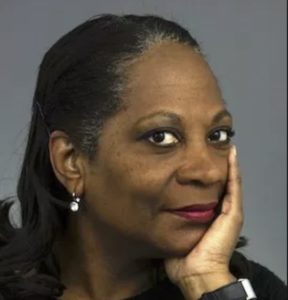 Report for America announced today the hiring of Alison Bethel McKenzie, the former executive director of the Society for Professional Journalists, as the Director of Corps Excellence.

She started her career in local news as a reporter at the Times Herald-Record and the States Times, and as an editor at The Detroit News and The Boston Globe. She has also worked as a consultant and trainer for media clients in the Caribbean, Asia and Africa.

As Director of Corps Excellence she will be responsible for ensuring that the program provides an excellent experience for the corps members, the community and the newsrooms.

“Report for America is the real deal. Its mission of connecting emerging journalists to newsrooms across the country to cover under-reported issues and communities speaks to the importance of journalism, especially investigative journalism, as a pillar of democracy, and I cannot be more excited to join them in their endeavor,” said McKenzie.

Report for America, an initiative of The GroundTruth Project, places talented journalists into local newsrooms to report on under-covered communities or issues. RFA recently announced the 61 members of the 2019 corps, 50 of whom will hit the ground for the first time this June. (The others had their assignments extended for a second year.)

“We’re proud to have a journalist of Alison’s caliber who brings an extraordinary depth of local, national and global experience to our leadership team. She’s a perfect fit to ensure that our corps members are inspired and supported in the field,” said Charles Sennott, CEO and Editor-in-Chief of The GroundTruth Project, which launched Report for America in 2017.

“Alison is one of the true leaders in our profession,” said Steven Waldman, President and co-founder of Report for America. “We’re thrilled that she’ll be taking such a crucial leadership role here. Her vision and skills will enable us to ensure that the news organizations and corps members love this program — and that together they really help communities get the journalism they need.”