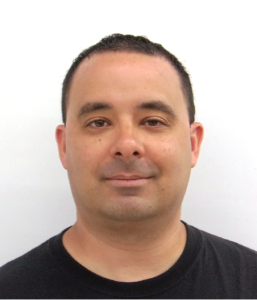 Previously a professor of geography, Rafael leverages his research skills to investigate federal recovery funding on Puerto Rico, a critical beat in the wake of Hurricane Maria. We asked him about his experience so far as a Centro de Periodismo Investigativo (CPI) watchdog journalist holding the government accountable during the hurricane recovery effort. The interview has been edited for length and clarity.

Why did you decide to apply to become a Report for America corps member.

I was attracted by the group’s focus on local journalism. Unfortunately, many locations cannot get quality journalism about the issues that affect their people. Many newsrooms continue to rely on generic stories that do not necessarily appeal to their readers, especially in small towns. Newspapers and journalism in general must invest in personnel that can become involved with communities. Producing stories that are relevant to communities should always be a priority to any newsroom.

What is the importance of your beat — covering the government’s post-Hurricane Maria recovery efforts — to the local community on Puerto Rico?

There is a lack of transparency in the way the state government is handling the recovery funds and contracts. Despite the existence of a governmental transparency website, many documents are hard to find and not all recovery-related contracts are available. Also, some of the companies that have been hired by both the state and federal governments have not fulfilled expectations, despite receiving millions of dollars from public money. People have a right to know how the government (at all levels) is handling the recovery efforts. If not for investigative journalism, the population would not know about the corruption and irregularities committed by both public officers and some private contractors.

What are some of the biggest challenges in covering this beat so far?

One of the biggest challenges is related to the difficulty of having access to some public documents. The [local and federal] governments’ lack of transparency poses a big challenge to any journalist who wants to use official data and documents as sources.

I was really intrigued by your background — you were a professor of geography and a freelance sports journalist — what in your experience prepared you for investigative reporting? What have you learned as you worked?

Coming from the academia has helped me to learn different research methods. In the case of geography, applying concepts and themes from that academic discipline has allowed me to understand the spatial and demographic changes associated with recovery efforts. For the sargassum story, geography was essential.

I used this academic discipline to understand this problem as one with regional implications in the Caribbean. I also linked the phenomenon with climate change and the movement of some ocean currents.

Working at the CPI has reminded me about the importance of geography in providing a holistic approach to investigative journalism.

As for sports, I’m still trying to figure out a way to integrate it into my new responsibilities at the CPI. However, a future investigation that I might start soon could be related to the lack of public sports and recreation facilities in Puerto Rico since Hurricane Maria.

What’s your favorite part about being a local journalist? Are there any specific encounters or feedback that you’ve received that stand out as moments when you knew your presence and coverage made a difference?

I enjoy knowing that people read my work. Many Puerto Ricans appreciate what my newsroom does in terms of watchdog journalism. Some of our stories are quoted by other newspapers. We are definitely having a political impact in Puerto Rico. Sometimes I go out after work and people see my CPI t-shirt. They salute me with a smile. I really love being part of an independent newsroom.