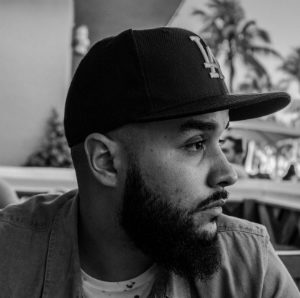 Manny Ramos is a Chicago native who now covers the south and west sides of the city. We asked him about his experience so far and how he found the sources for his recently published capstone piece, “Why tearing down Englewood to save it hasn’t worked.”

The interview has been edited for length and clarity.

What have you found to be your greatest accomplishment in your first year with Report for America?

My greatest accomplishment in my first year with Report for America has to be the sources I’ve developed around the city. I have been able to meet with so many advocacy groups doing good in neighborhoods but also just developing relationships with the average person. One of my favorite things to do has been taking the time to explain to people the process of how news is made. Many folks don’t understand how its made and people generally struggle to trust something they don’t know. So repairing some of that mistrust, even if it is extremely small, in communities throughout the city has been one of my greatest accomplishments.

[ Related: A Q&A with the Chicago Sun-Times reporter covering his hometown, Manny Ramos]

Having grown up in Chicago, what have you found this program offers your community?

The program has offered me an opportunity to report in neighborhoods like the one I grew up in. For a long time neighborhoods like mine were only represented in a damaging way. For decades the media in the city has traditional only covered certain neighborhoods for its violence and crime while ignoring the other assets that the community offers. The Sun-Times and Report for America has committed to providing an alternative view of these communities which is refreshing. This allows me to tell stories that show not only the systemic issues facing the community but also the good people are doing to reverse that harm.

You recently worked with GroundTruth on a podcast episode about the death of a local barber, shot by police — an event you covered for the Sun-Times. How has this barber’s death impacted the South Side community?

Harith Augustus was fatally shot by the Chicago Police Department last summer and his death has had a lingering effect in South Shore — the neighborhood where he lived and worked as a barber. Working on the podcast allowed me to revisit my sources a year later to see how they were doing since the tragedy happened. We spoke with one of Augustus’ colleagues who said the barbershop still has an eerie atmosphere with him not around. His death continues to drive a wedge between the community and police.

How did you find sources for your recently published capstone piece on the failure of local government and developers to rejuvenate the predominantly African American Chicago neighborhood of Englewood?

I spent a lot of time in Englewood before I even had the idea for the story. While I walked or drove through the neighborhood for other stories I was overwhelmed with the amount of vacant lots. It felt as if there was no other neighborhood in the city that had this many distressed lots and I started thinking about why this was happening and how long has it been going on for. I decided to request data from the city to see how many city-led demolitions took place in the years following the 2008 Housing Crisis — the data proved my hypothesis was right.

After that I purposely wanted to find a person or group that was doing work to reverse the damage of mass demolitions because I wanted the story to lead with how many homes were lost on a single block and then expand outward to a bird’s eye view of the city. Because of my previous work in Englewood I heard about this one organization that was repurposing vacant lots to urban gardens, nature parks and even a basketball court. I figured they would be a good starting point, which they were.

What do you look forward to accomplishing in this new year with the Chicago Sun-Times?
In this new year with the Chicago Sun-Times I hope to continue using data in my reporting but I also am interested in covering health care access in under-resourced communities. I’ve recently been covering two hospital closures and speaking with former patients. There is a real concern that has for-profit health care companies start purchasing hospitals those same companies have also been shutting down “low-performing” to make its portfolio seem more profitable. But the impacts of closing hospitals have a dire affect on the community.

Follow Manny Ramos on Twitter and read the rest of his work at the Chicago Sun-Times here.