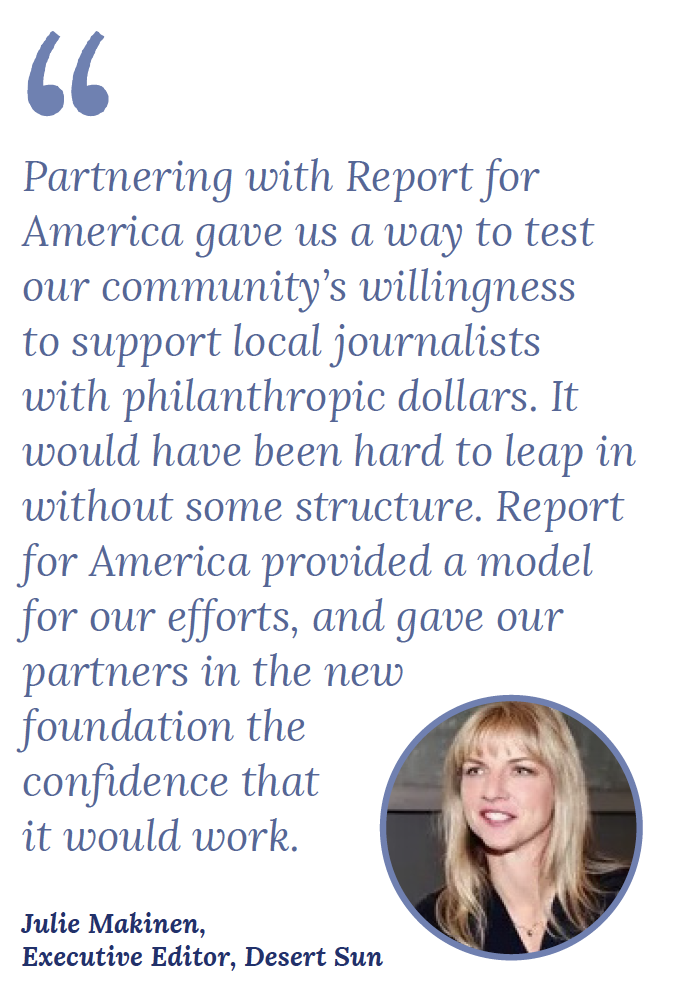 The report underscores the fact that the demand by communities for local news is healthy—it’s the industry’s business model that must change.

“It’s time for local newsrooms to view philanthropy not so much as charity, but as a vital revenue stream that can make up the difference between lost advertising revenue and subscriptions,”  said Todd Franko, Report for America’s local sustainability and development director.

Report for America’s newsroom partners raised more than $4.6 million in 2020, 61% more per reporter than the prior year. Fundraising efforts by newsrooms, according to the report, gave community members an opportunity to step up and actively participate in restoring local news in their neighborhood. Nearly half of the donations came from individual donors who hadn’t previously done so.

“Local communities spoke loudly and the appetite to help is clearly there,” Franko said. “Newsrooms and philanthropic citizens just need the time, understanding and expertise to come together to replant local news in America.”

Among the report’s other key findings:

Report for America is an initiative of The GroundTruth Project. To learn more about its efforts to place journalists into local newsrooms across the nation, while empowering newsrooms to develop sustainable funding, visit www.reportforamerica.org.