In the aftermath of the Atlanta shooting 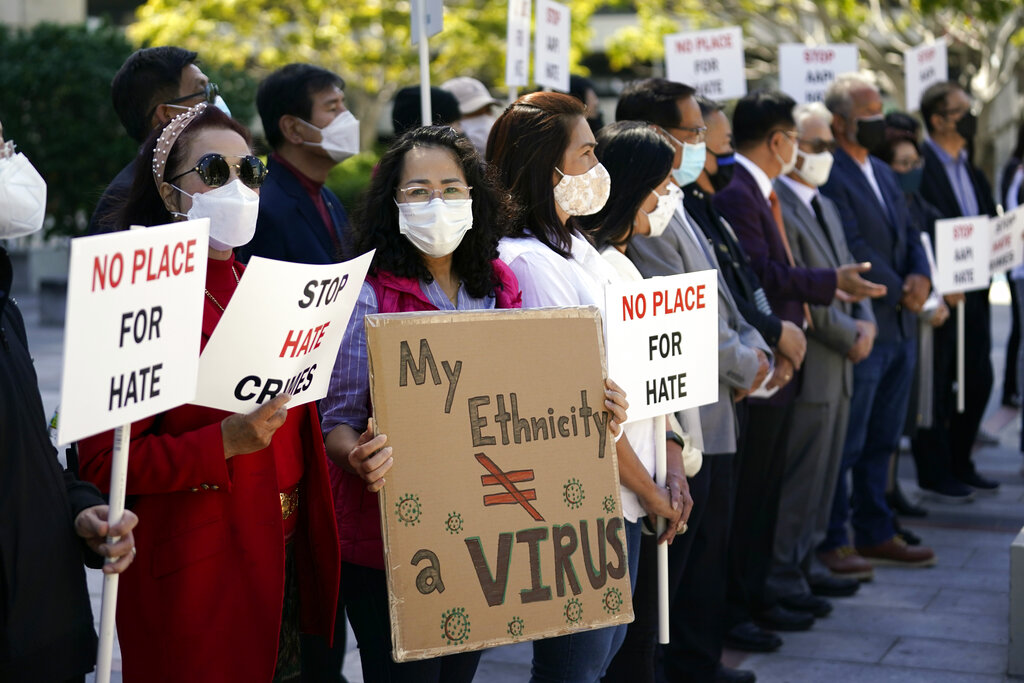 The GroundTruth Project, home to Report for America, stands with AAPI community

This anti-Asian and misogynistic attack is another shameful event in a year of pandemic-fueled xenophobia and racist violence targeting Asian Americans and Pacific Islanders nationwide.

The GroundTruth Project, home to Report for America, stands with the AAPI community, and affirms its commitment to supporting more diverse, equitable, and community-driven newsrooms across the U.S. and globally. Local journalism is essential for communities, especially those historically marginalized, to increase representation and visibility of the issues impacting their daily lives.

This week, we are highlighting coverage from our Report for America corps members who cover AAPI communities across the country. These journalists are not only serving their communities in the wake of this tragedy, but are also providing nuanced, impactful coverage for and about these communities year-round.

AAPI Communities React in the Aftermath of Shooting

A new Stop AAPI Hate study documents a startling rise in anti-Asian discrimination and violence, 44.5% of which happen in California, reports Report for America corps member Ashley Wong for the Sacramento Bee. Community leaders in Sacramento are calling for more protection and demanding change. Wong recaps her latest stories and coverage of the Asian American community in a weekly newsletter, where last week, she profiled a newly elected legislative caucus leader.

Related: Read Wong’s On the Ground Dispatch about a new effort in Sacramento to teach the history of anti-Chinese bigotry

Elizabeth Shwe reports that Maryland State Police will increase patrols to protect Asian American communities and businesses across the state. “Words, or the lack thereof of, matter, but words are not enough. We also need action,” Governor Lawrence Hogan said.

For WYPR, Sarah Kim is at a vigil, documenting a moment of solidarity and collective rage in Station North. While Baltimore does not have an official Koreatown, many Koreans gather here for food like bibimbap or galbi to feel a little closer to home.

“We see you, we love you,” the crowd chants. “Who keeps us safe? We keep us safe.”  They gather to show solidarity with and honor the Asian community chanted. Devna Bose, who covers underrepresented communities, racism and social justice for the Charlotte Observer is at the vigil in uptown Charlotte.

From Long Beach, CA, Sebastian Echeverry reports on a community-held vigil to condemn the recent shooting and violence against Asian Americans.

In Minnesota, protesters took to the streets to show support for victims of the shooting. Report for America corps member Becky Dernbach speaks with Asian-American women across the Twin Cities about the massacre in Georgia as well as the devastating impact of anti-Asian racism and sexism in the United States.

Celebrating AAPI communities across the country

Four members of central Iowa’s Asian community are helping protect elderly residents from COVID-19 with a new food and grocery delivery service called GoDeli, reports Iowa Public Radio’s Kassidy Arena. The service delivers food from local Asian grocery stores so that seniors can still feel connected to their own culture and community amid isolation. “We don’t have a large Asian community, so we want to promote being together and supporting local, so that we can have a sense of that community building,” said GoDeli employee, Sarah Ha.

Friday February 12 marked the first day of the 2021 Lunar New Year, ushering in the year of the Ox. Report for America corps member Isabelle Taft shares how the Mississippi Coast’s Vietnamese community celebrated Tet, the Vietnamese Lunar New Year, during the pandemic.

When the Do family arrived in Oakland from Cambodia, they didn’t know how they would make a living. Now, four decades later, they own and run Phnom Penh Restaurant, which they have had to adapt to the circumstances of the pandemic. Ricky Rodas explains how they also honor their past by serving Cambodian refugees.