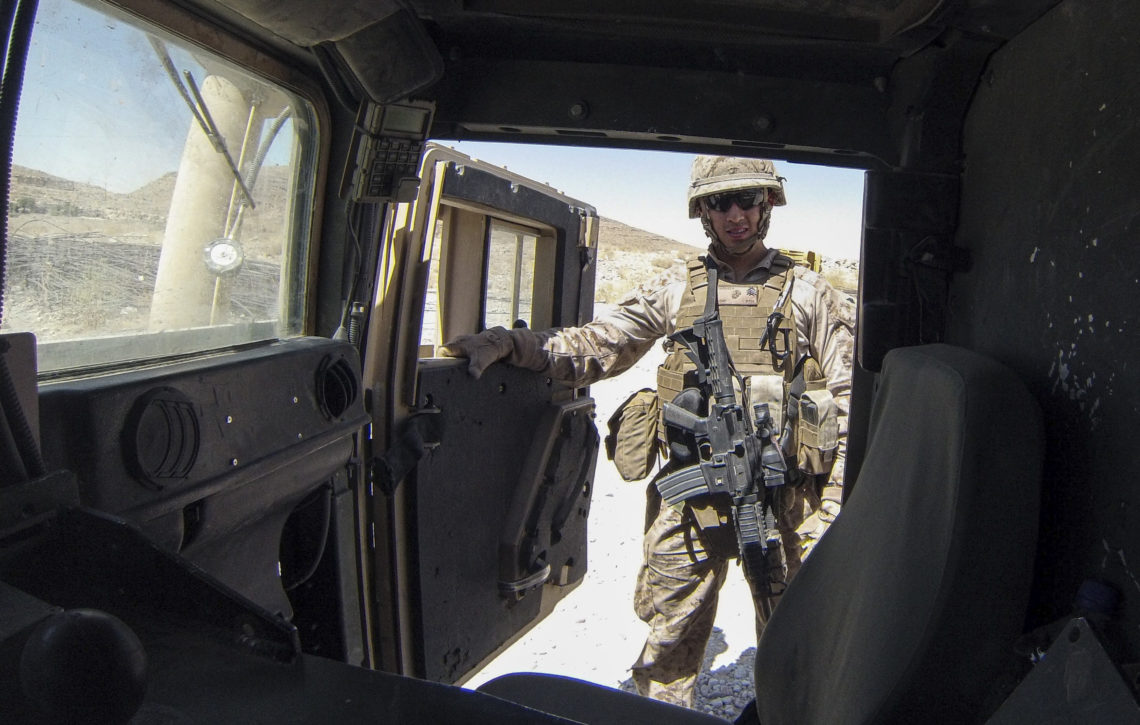 Marine veteran Anthony Vazquez, seen here in Afghanistan, is now a Report for America corps member working as a photojournalist with the Chicago Sun-Times.

Let’s face it, journalism isn’t exactly the most glamorous of professions. It doesn’t always pay all that well. Not every story is exciting. And the stereotypes that lead to mistrust of the media? We’ll save that for another day.

The truth is that journalism is a public service—an opportunity to inform the public while holding officials accountable. It is a calling for many reporters, very much like the military is for some.

Report for America looks to tap into this calling by attracting more military veterans for its reporting corps. Why? For one, they are vastly underrepresented in our nation’s newsrooms. While about 7 percent of Americans have served in the armed forces, only 2 percent of media workers are military veterans, according to our partners at Military Veterans in Journalism. Veterans have unique skills and on-the-ground experience that can be valuable for newsrooms.

Report for America looks to fill 150 reporting positions this year—print, digital, visual, radio and television—in local newsrooms across the country. Beyond the opportunity to cover an impactful beat, corps members benefit from training, mentorship and a growing peer network. The deadline to apply is Jan. 31.

We invite you to meet a few of the military veterans who have benefited from our program in the short videos below. And if you too are a veteran, APPLY!