Sarah Anne Hughes is a Report for America corps member whose work covers state government for The Incline and Billy Penn. She answered a few questions about her work as a local journalist for the latest edition of the Report Local newsletter.

1) Why did you decide to become a Report for America corps member?

When I worked for The Incline in Pittsburgh, I became convinced that we needed a reporter to cover the state legislature. With so much attention on Congress and the Trump administration, the actions of the General Assembly — which arguably affect Pennsylvanians even more — go largely unnoticed. The Report for America grant made that position possible.

2) What has your experience so far taught you about the role journalism can play as a public service?

I’ve been a local journalist for five of my ten years as a reporter and editor. Journalism, especially of the local variety, is a public service. Sometimes that’s simple, like telling readers about which new restaurants are worth checking out. It can also be straightforward, like putting together an easy-to-read voters guide, or complex like reporting out a deep dive on homelessness.

3) What would you consider the strengths of local journalism at this time? Where do you see room for improvement?

While public trust in the national media is at a perilous low, people still believe local journalism. Newsrooms should focus on building that trust and making sure reporters are seen as part of their communities.

4) What’s your favorite part about writing local news? Any specific encounters stand out to you as moments when you knew your presence was helping the community, or when you made a special connection?

Being able to serve my state in this way is a privilege and I consider what I do to be a calling. I treasure every single email or call I’ve gotten during my career from a person who’s valued my reporting.

5) You previously worked at The Incline in Pittsburgh and returned there after the Tree of Life shooting. In a moment of such tragedy, what was it like to be out in the community reporting and sharing stories?

It was impossibly sad and difficult, but it also felt like the only thing I could do for Pittsburgh at that moment. Approaching people in that vulnerable moment was one of the hardest things I’ve done as a reporter, but ultimately it was my job to make sure the victims of the massacre were remembered. Two days after the shooting, most of the national press had disappeared. My co-workers at The Incline will be there for the long haul, which makes me feel incredibly proud. I’ll cover the fallout in Harrisburg, where lawmakers will have to figure out how to respond to a tragedy like this. 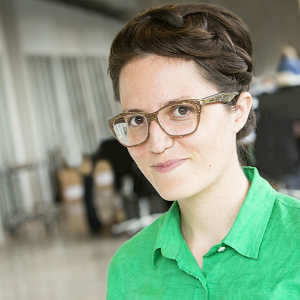 Sarah Anne Hughes has worked as an editor and reporter in Washington, DC and her home state of Pennsylvania. She began her career at the Washington Post, where she blogged about pop culture and national news. Hughes has worked as a reporter for The Incline, editor-in-chief for DCist, and managing editor of Washington City Paper. In the past year, Hughes returned to her hometown of Lancaster, Pennsylvania, where she has been working as a freelancer. She joins The Incline / Billy Penn as their first statehouse reporter in Harrisburg. Check out her work for Billy Penn and The Incline.