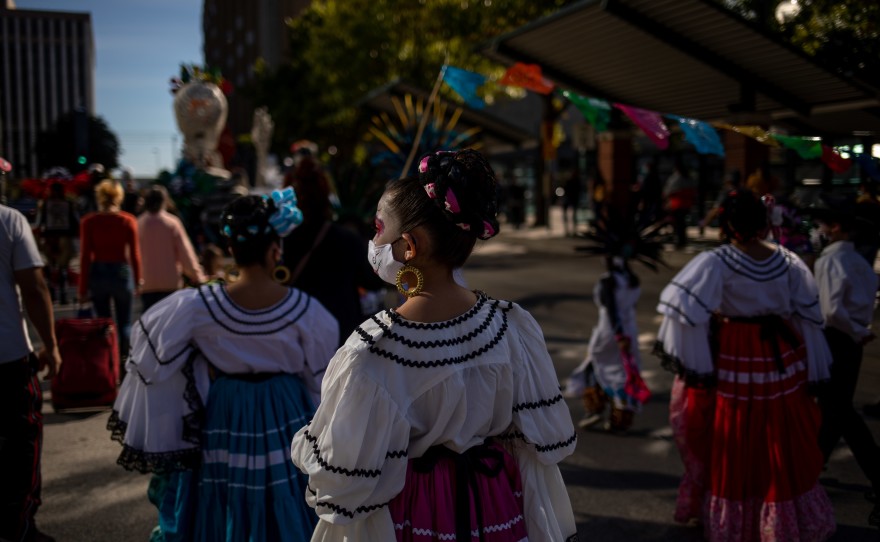 A younger group of girls dress in traditional Mexican dresses during the Day of the Dead celebration and protest in downtown Dallas, on Sun., Nov. 1. Photo: Keren Carrión/KERA News

Hispanic Heritage Month is a time to celebrate the culture, history and contributions of Hispanic and Latino people throughout the country each year, from Sept. 15 to Oct. 15. Latinos have historically been absent in popular culture and news media. Today, only 11 percent of news analysts, reporters, and journalists identify as Latino, despite the fact that they make up roughly 18 percent of the U.S. population. Research suggests that Latino communities are still underrepresented in their local news coverage.

We’ve rounded up some of the most important local reporting on Latino communities across the country: